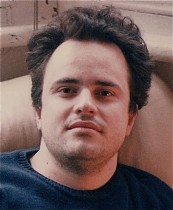 Andrew McGibbon on why probing the prehistoric polar lake, is best left on ice

As geologists call off their plan to insert a piping hot probe through the earth’s rectal ice cap, to explore a hidden lake beneath the permafrost of Antarctica, we may never discover what, if anything lives in this pristine pool of prehistoric fresh water.

This means that an as yet undiscovered species of killer krill, a see-through lobster with mile long claws and gigantic purple whitebait will be left in peace.  Which is just as well. If the probe had broken through the roof of the icy cavern, in the blink of an eye, Jeremy Clarkson would have built a new holiday home, complete with a floodlit racetrack for his 4×4’s and it’s own private, pitch-black beach. Heston Blumenthal’s Michelin starred restaurant would have opened, serving a taster of three blind shrimps on a bed of white seaweed, iced ice and stalactites, with tables overlooking the breathtaking, ineffable darkness of Darkness Bay and mega rich tourists would be soaking up what’s left of the darkness on the shorelines.

Then when the foodie celebs have moved on to serving weightless anti pasta in Richard Branson’s Galaxy Spacecraft, visiting the lake will go viral. In a short space of time all the alien freshwater life that’s cookable will have been harvested.  Like the detritus around the base camp of Everest, the once undisturbed deep will be violated or should that be bio-lated and turned into a sub-polar rubbish tip, the shadowed shorelines covered in disposable tents, used condoms, soiled towels, vomit, fecal matter, dead batteries, broken torches and spent lighters.

Unlike the rest of the flora and fauna on our celestial merry-go-round, we homo-sapheads have a horrifying obsession with spraying territorial scent in more and more extreme parts of the planet. Why? Have you ever seen a group of Badgers visiting Niagara Falls? A school of Dolphins getting off a coach in Vauatu to look at the volcano?  A family of Meercats leaving from Stansted Airport to go to Ayia Napa?

Nearly all creatures have evolved a highly advanced form of common sense. Keep out of sight or you’ll be eaten by something bigger than you. Yet, armed with our relentless proliferation and misguided sense of entitlement to mother earth, every last unexplored wilderness is split open like a wild coconut and sucked dry of it’s indigenous juices. Earthy-Worthy-Gaia-Mamma will one day soon turn on us cheeky bipeds, choking us with Carbon Dioxide. So, if you want to hand down this planet to your descendents heed this advice: if you leave your children to look after something, it usually comes back knackered.

Time then to set an example to them. Stop visiting the planet’s pointy bits with your family, go home, run a deep, cold bath, turn off the light, shut the bathroom door and get in. That is what the lake will feel like. Unconvinced? OK, buy some fresh live crayfish and tip them in with you. A couple of snaps at your cellulite or nips on your balls and you’ll get the idea. Fancy climbing Everest? Open a large freezer door, close it behind you and walk around the freezer carrying two cow carcasses carefully weaving in and out of the hanging haunches of frozen venison for about three months. You’ll get the same effect. If you can be satisfied with these feel-a-like alternatives then maybe, just maybe we can extend the life of our fragile floating fish tank for a few more centuries.

Visiting hours on the planet are closed until further notice. Let the nurses look after it. You can come and see it again when it’s better.