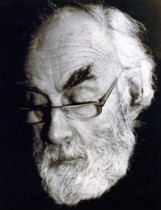 This film documentary about the surrealist comic playwright NF Simpson, premiered at the BFI in May 2008. It was made to promote the UK radio documentary of the same name. It is shown as a tribute in celebration of his life as NF Simpson passed away at the age of 92 on Saturday 28th August 2011 leaving an unsurpassed legacy as one of Britain’s funniest and finest surrealist comedy playwrights, cited by John Cleese as the godfather of Monty Python’s Flying Circus.