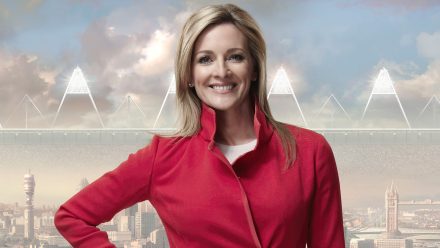 Presented by Gabby Logan, BBC Radio 4’s Archive on 4 reveals the extraordinary story of how London became host city of the 2012 Olympic & Paralympic Games and when for a few short August weeks, London and Britain was the cultural and sporting Capital of the world; how politicians, planners, architects and builders transformed a neglected chunk of east London – the Lower Lea Valley – into a superb Olympic Park; how the athletes of Team GB won a shed load of medals – and what has happened to the London Olympics legacy in the ten years since those Great British achievements.

Gabby interviews Jessica Ennis Hill and Nicola Adams on sharing the country’s joy and the triumphs of their own experiences, revisiting and providing fresh insights into some of the most memorable moments of London 2012. Sir Chris Hoy returns to the finishing line at the Velodrome where he won his sixth gold medal.

The show will document the unlikely alliances of extraordinary characters, political rivals, visionary planners and exotic architects that enabled the Games bid to go ahead and the Park to get built. All this as London mayors and prime ministers came and went, whilst all the investment was made in the shadow of the great 2008 financial crisis.

The programme offers fascinating observations on the physical and political build up to the Games and the consequences of the legacy – has grassroots sport been boosted, or have those “legacy” hopes been disappointed?

Finally, the programme explores what enabled Britain, famously bad at delivering big national projects, to make such a huge success of London 2012.

A Curtains For Radio Production for BBC Radio 4