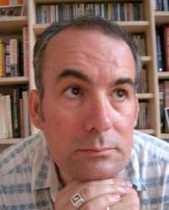 David Quantick cans the laughter and asks, whatever happened to sitcom?

Comedy writers (i.e. people like me) tend to get a bit hot under the collar when the idea of popular comedy is mentioned. Firstly, because with very few exceptions, none of us can write one, and secondly, because as a phrase “popular comedy” is more loaded than a nine month pregnant grenade. For a lot of people who watch television there’s a feeling that they’re not being catered for, that sitcom in particular is aimed at Guardian readers whose ideal night in is watching Charlie Brooker swear at a cow. Some of these people write articles or drive cabs and tend to pick their examples of great comedy from a very limited palette, namely the great Only Fools And Horses, and ignore other genuinely demographic-crushing shows like The Office and Fawlty Towers. They also like to harp on about trendy broadcasters who commission only politically-correct shows like, er, The Inbetweeners and despise good old family entertainment like, um, the post-modern swear-up of Mrs Brown’s Boys.

On the other side of the bosomy Les Dawsonesque fence, there are people who think that popular comedy is, well, common. It’s for oafs and pikeys who only watch TV because bear-baiting is illegal. These people are like the rock fans who talked about “perfect pop” in the 1980s but despised actual hit pop bands for being commercial. They also believe that great sitcoms (like Fawlty Towers and The Office) only ever run for 12 episodes, which is bad news for Father Ted, The IT Crowd, Peepshow, The Thick Of It, Getting On, The Fall And Rise Of Reginald Perrin, I Didn’t Know You Cared, The Good Life and every other classic show that made it to 13 episodes and carried on. They want comedy to, essentially, be unpopular (and judging by the viewing figures for a lot of shows, they’ve got their wish).

In between lies the truth like a dropped tenner, wrinkled and valuable. A great sitcom should ideally be inventive but not necessarily in format (look at The Big Bang Theory, shiny and new but a classic witty and broad audience show with very deliberate nods to the greatest witty and broad sitcom of all time, Roseanne). It should be inclusive but not soullessly so (some sitcoms might as well have the commissioning editors in them, they’re so committed to death). And it should be – pardon the obviously dull remark – funny. I can’t stand the dated horror of Mrs Brown but I can see the talent of the central performer and until I actually write a show that gets millions of viewers, I’m just going to remind myself how Phil Collins somehow eked out a living without the support of the NME back in the day. And I can enjoy a show like Citizen Khan for its brilliant central character and comic energy while choosing to ignore its reliance on stock situations from the 1970s.

My ideal sitcom would be set at the bottom of the sea and feature Vic and Bob as mermen who don’t get on. Failing that, I’d like to see a show which has characters as broad as Del Boy and as mardy as Victor Meldrew, set in a world as surreal as Father Ted or Catterick, with lots of decent female characters like Miranda, and with the wit of peak Frasier.

Failing that, I’ll keep watching the show that fits no categories and just gets weirder with each passing decade, the entirely wonderful Dad’s Army.